Following the closure of Stanford Hall Theatre in 2004 the Falcon Players have secured their future and will now be performing at The Cope Auditorium on Epinal Way, Loughborough.

Rehearsals are well underway for the first show at the new venue. “You’re Only Young Twice” is a comedy written by Ron Aldridge which will be performed from Wednesday 8th June to Saturday 11th June at 7.30pm each evening.

The show centres around the life of Gordon “Brooksie” Brooks who has moved in with his daughter after the death of his wife Grace. His best friend Tom is about to marry the widow Julia, despite her friend Rose's disapproval. Tom is easily influenced and quickly falling under the spell of Brooksie's new unruly lifestyle and motto, "you're only as young twice". Despite Rose's protestations, the wedding plans move forward until a particularly heavy stag night and several indiscretions later, everything is thrown into confusion and Brooksie suddenly starts feeling his age.… 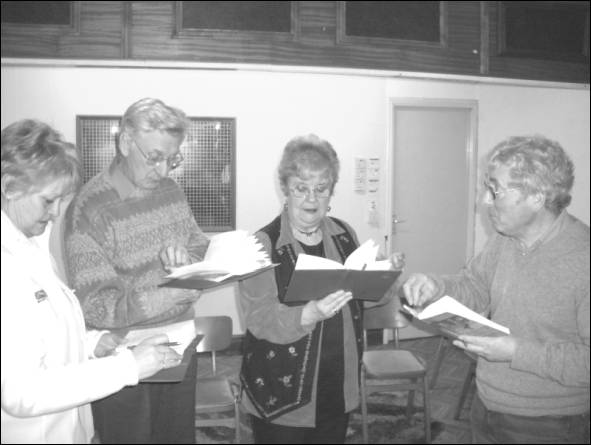 Featuring some of the Falcon Players longest serving members, You’re Only Young Twice sees Brian Binns in the role of Brooksie and Lawrence Holmes as easily influenced Tom. Falcon Players favourites Janet Holmes (as Julia) and Liz Cox (as Rose) are also joined by Sarah Wolfe, Andy Holt and Rosemary Hayes in this wonderful comedy.

Tickets are now on sale from the Town Hall, Market Place, Loughborough at the price of £6.50 (£5.50 Concessions). Telephone bookings and further details can be obtained by calling 01509 231914.